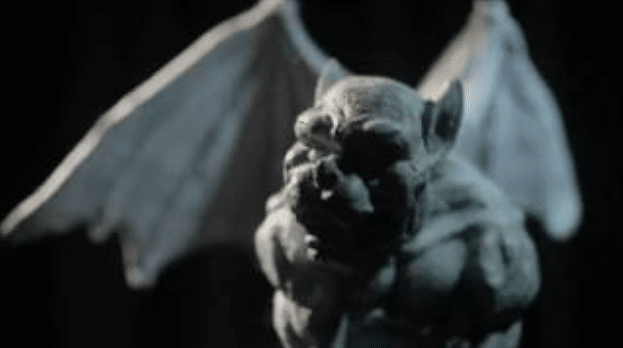 An Awesome experience!!!  Breath taking and exhilarating.   I give it 5 Stars!!

I arrived in Istanbul and wasn’t sure what I was going to find after the recent political conflicts.  I looked online and found over 20 escape rooms.  After a quick review I narrowed it down to the ones that offered an experience in English.  The House of Vampires was my choice.  I contacted them and they sent me the rules and a couple of videos.  After looking at that information I wasn’t sure if it was an escape room or a haunted house.  It looked very scary, but they reassured me it had an escape room format.
This experience began unlike any other.  After climbing five stories up a circular staircase I thought I would meet the receptionist and pay.  I was wrong.  Instead, I stepped into an old vestibule, complete with velvet chairs and grimacing gargoyles.  I rechecked the message on my phone.  It said that the door would open at 7 o’clock sharp.  And, as I glanced up at the clock on the wall as it ticked backwards to 7 sharp, the door creaked open.
When I peeked inside the darkened foyer, my cloaked host was there awaiting me.  He reprimanded me and told me that I had made a big mistake daring to enter his Master’s domain.  I was shocked and excited.  The props were so amazing I really felt as if I were in a Vampire’s house.  I was immediately in awe with the first room and how it started.  Without giving out details, they really worked on making it look authentic and staying with the theme.  In fact I could say, nothing was out of the theme.  My heart was pounding as I kept opening doors and entering new rooms.  Lasers, pianos that open drawers, magnets, everything had the WOW factor.  I moved into a third room and found more amazingly decorated rooms.  Each one was better than the last.  I had to wake up the Vampire while reading stories about people he had killed.  Every story had a clue and each clue had a mechanical or electrical aspect to it.  Everything was in the dark with red lights and sounds that added to the experience.  Needless to say, I was rushing and trying NOT to be scared, after all I was on my own.  I found the coffin and moved on with the experience.   After a series of puzzles I moved into another room with an AMAZING puzzle that I will not reveal, but I felt as if I were in a Hollywood movie, a scary one of course.  At one point I had to run for my life trying to find how to solve the next clue, going from one place to the other I found several puzzles and one included taking some blood away from the Vampire.  He kept coming after me and I kept hiding away.  This experience was exhilarating and exactly what I was looking for.  I finally made it to the last door and opened 2 locks, I pushed the door as the Vampire came closer and saw I still had another one to open.  I opened the last lock with 2 minutes remaining and only feet away from the Vampire.
As I made it out, I found myself outside the whole installation feeling that was a real experience and not just a game.  I totally loved this escape room. 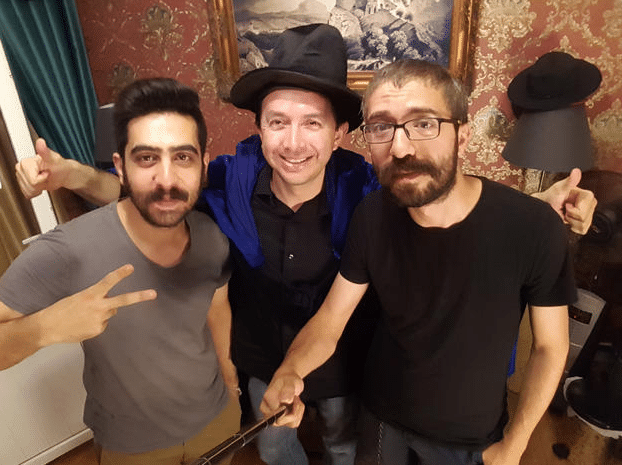 After I finished, the game masters came out and let me back in for pictures and chat.  Since the room is located in Taksim Square (the unfortunate venue of some recent political fallout and atrocities), the room master’s commented that they have seen a decline in bookings.  That meant there was not a team scheduled after me and I had time to talk with my hosts.  They were incredible and showed me everything I wanted to see and know.  I told them about CapturedLV and I’m happy to say a great friendship was started. I am optimistic that this friendship could result in collaborative idea sharing.  After all, ancient Constantinople was a melting pot of cultures and ideas, why not bring some a little closer to home? I might be going back at the end of the year to talk about how we can collaborate with them and mix what we have at CapturedLV with some of the things I loved about them.
We talked about the industry and how it has evolved.  We discussed how the US is approaching escape rooms and what’s the future of these amazing games.
They have built over 50 escape rooms, played over 100 and managed over 1000 groups.  Scary and non scary rooms.
I feel that we at Captured LV are bringing the best of the industry to our friends and family in the Lehigh Valley.
M.
Captured LV.
Game Design     9/10
Puzzles               9/10
Service                10/10
Room/Theme     10/10
WOW factor       10/10